I felt out-of-sorts when I woke up, an odd sense of anxiety churning in my stomach. I felt edgy and restless, like I could jump out of my own skin. My head hurt. I wanted to run (I’m not a runner) or just crawl back into bed and ignore everyone. Had I had nightmares the previous night? Could that explain my strange emotions? Was it because it was Monday and I had a long list of things that needed to get done? Was I coming down with something?

What was wrong with me, I asked myself, trying to psych myself up, tell myself nothing was wrong and just get on with the day. It took me most of the morning to shake the feeling of dread, and I never really shook it other than I stuffed it down enough to get through my morning. Later that night, when I stopped to rest, I started to get an inkling of what was wrong. This day was shortly after my father passed away, and it turns out, the world still spins. I was a little bit mad, a lot sad, and still just trying to adjust to this change.

It turns out I do this  a lot- I don’t give myself time to be sick, or give myself space to grieve or adjust to change. And after talking with some friends I know that I am not alone. We go through big things and then we just keep on moving and doing without stopping to process, or grieve or rest.

If we are sick, or have a weird pain in our body, we often push through and ignore the symptoms. The problem with this is that we become out of touch with what our body is telling us. We create a habit of ignoring ourselves. I’ve heard some women share about a small problem they ignored that became a big problem later. If they had taken time to deal with it when it was small, it would have been just that- small, but when ignored and delayed, it became a big problem.

It turns out, grief has physical symptoms too. I had no idea how physically exhausting grieving is. It’s as if a large weighted blanket is covering you all day, making everything you do take 10x more energy than it should to get done.  Grief messes with your  appetite, your concentration, and your energy levels. You look at your day and think you didn’t do much, but you are as exhausted as if you had run a marathon. Grief isn’t limited to just the death of a loved one either, it can be the loss of a dream, the loss of what was expected, or even the passing of a season of life. Grief is grief.

Big life changes are another thing that needs time. A move, a change in job, kids moving out (or back in), divorce, caring for loved ones-  any major change in status and routine.  A big change happens, and we act like we can just move on without losing a single beat. It takes time to adjust routines, process how we feel about things and to create a new normal.

So, what do we do? Because, as I have already learned, it turns out the world keeps on spinning.  No one else is going to give your permission to care for yourself. Here’s a little secret that I learned- it turns out, God doesn’t make it my responsibility to keep the world spinning. I knew that, of course, but my actions didn’t reflect that.

Give yourself the gift of time- to recover, to heal and to rest.

Listen to what your body is telling you. Be aware of the obvious signs, but also of the less obvious ones (pounding heart, churning anxiety, insomnia) and do something to help yourself. It might be something you know to do (hot baths, tea, a massage), or something you should ask your doctor about. The point is not to keep stuffing it and ignoring yourself.

Look for the positive aspects of the change in your life, but also acknowledge the hard. There are just so many things over which we have no control and no ability to change, but one thing we can always control is our response.

Rest. Physical rest in necessary, but so is mental rest. Give yourself that time and space, even if it’s in small portions while you still do the minimum of other things.

I’m learning slowly how important this all is, that we give ourselves time to take care of ourselves. It’s all part of the process of beginning again.

By subscribing to our newsletter, you consent to receive new post updates and occasional promotional emails related to our company.

Stay up to date

By subscribing you will receive my posts in your inbox. You can unsubscribe anytime. I promise to respect your privacy. 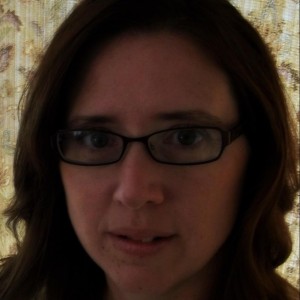 It’s becoming routine now to drive to the lab an

I haven’t left the house in 8 days. At first I w

Grounded in truth, even on the foggy days. #breath